There’s a lot in this article.  It talks about the President’s use of a Cross pen, pen shows & collectors, expensive pens, pen blogs and magazines, brands, and our friends at Fountain Pen Hospital.  Here are some experts, but click the link and read the whole article!

Here are the forces in play, the best brands to know, and the last true pen shop in the U.S.

A wide variety of communities have focused on Donald Trump’s recent Oval Office signing ceremonies, but only one among them has turned close attention to the tool with which the new U.S. president affixes his jagged signature to executive orders. I refer, of course, to members of the internet forum fpgeeks.com—a nonpartisan commission of Fountain Pen Geeks.

Studying video clips with the attention of forensic experts (“looks … as if the ink was flowing all around the tip from where the barrel ends all the way to the paper surface”) and trusting a comrade who claimed insider knowledge, the group surmised that the world’s most powerful Sharpie fan has recently been wielding a Cross Century II black lacquer rollerball converted into a felt-tip….. 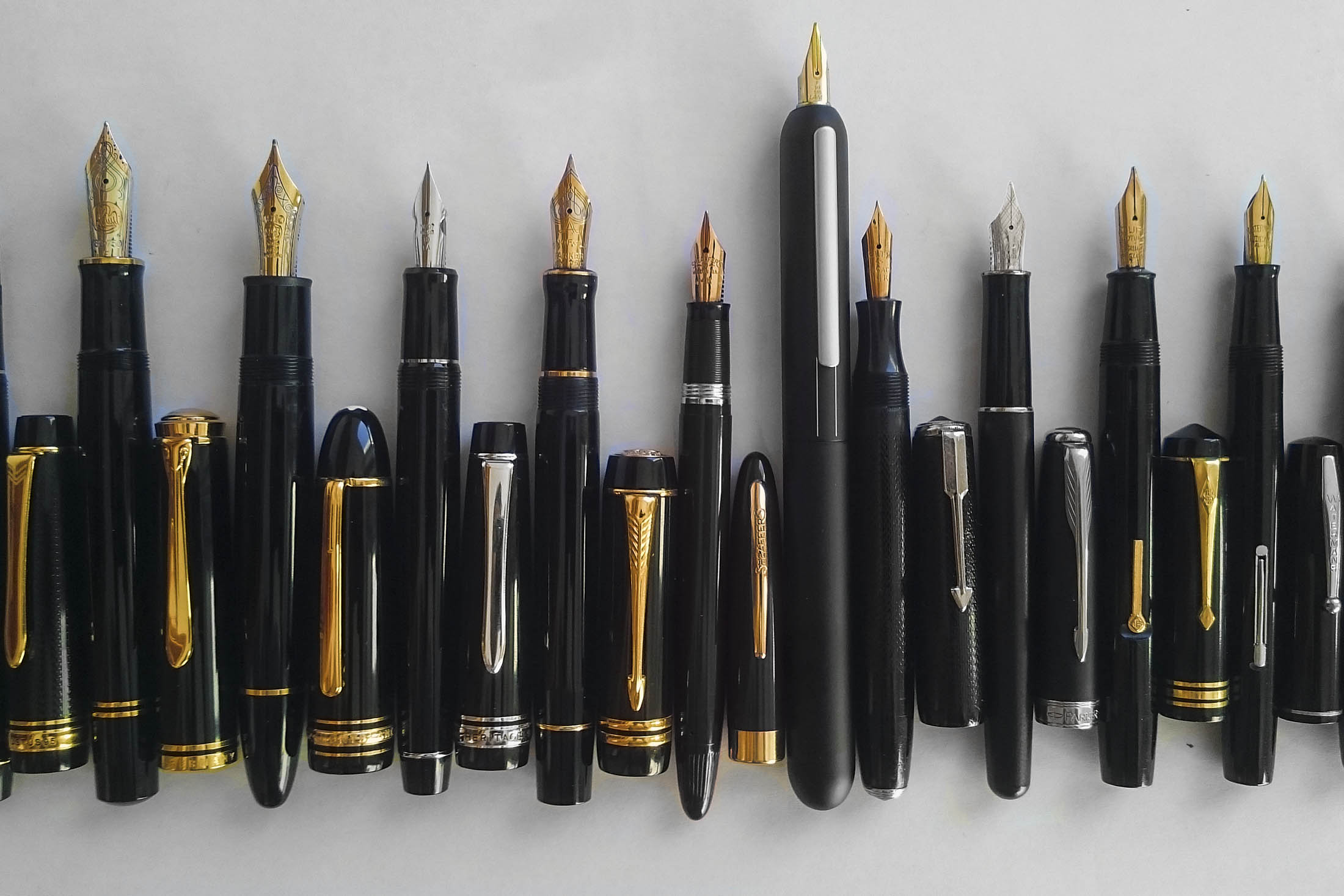 Like the mechanical watch, the fountain pen has survived by pulling a neat trick: transforming its obsolescence into an aura of indulgent luxury.

You might think this writing instrument, distributing ink through the slit in its nib, was outmoded around the 1950s, when ballpoint pen manufacturers finally fixed the glitches in their product. And you’d be right. But according to market-research firm Euromonitor, global fountain pen retail sales were up 2.1 percent in 2016 from a year earlier, reaching $1.046 billion. The overall market for personal luxury goods was flat over the same period, and the contrast suggests that good pens have sturdier value, culturally and otherwise, than the fancy handbags and cashmere overcoats in which they’re stowed. More impressive yet, fountain pen sales have grown every year for the past decade (except in 2009)….

A Hospital for Pens 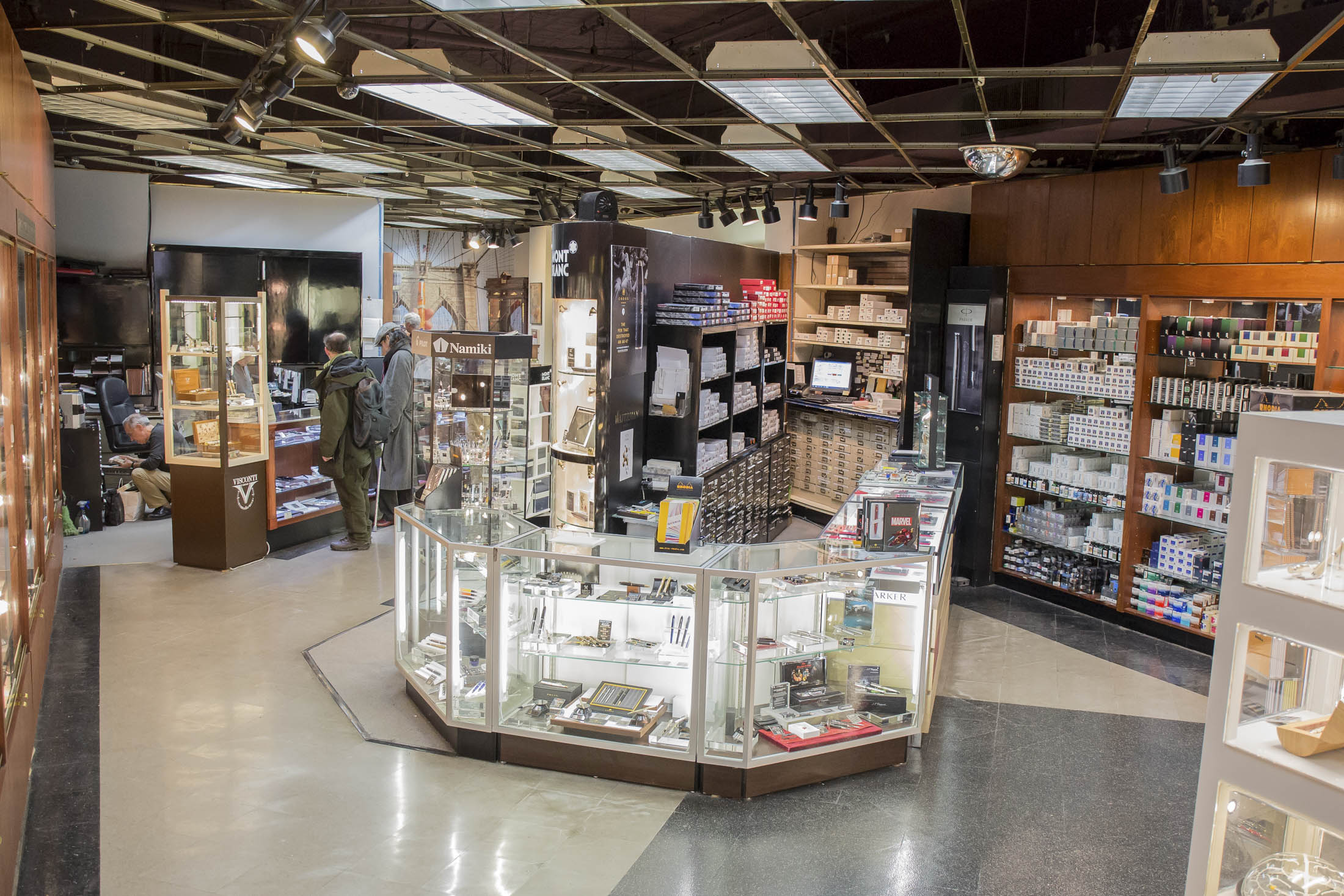 Photographer: Brandon Murphy/Bloomberg
Steve Wiederlight, co-owner of Manhattan’s Fountain Pen Hospital, counts Singapore among the most important of the 65 countries to which he ships. The store, founded 71 years ago by his father, bills itself as the last remaining high-end pen shop in the U.S. In 1988—clearly a banner year for the penaissance—the senior Wiederlight told the New York Times that sales had more than tripled over the most recent two years: “You know why? Because everyone has their hands on the computer. People want to write.”…