I hadn’t seen any advertisements for the limited edition S.T. Dupont Star Wars X-Wing collection until I read this article.  There were 1977 pens produced, the number being the year the first Star Wars film ‘Episode IV A New Hope’ was released, on December27,  1977.

A little research found this article as well, which shows both a fountain pen resembling an X-wing and a TIE-Fighter in their distinctive docks. 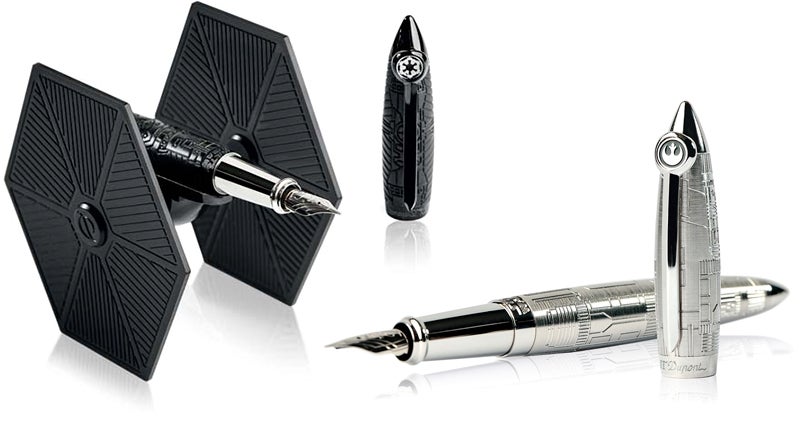 And from a couple of days earlier, for those real fans with more money than sense:

They make the fighter fountain pens seem cheap by comparison, although these do feature a topaz crystal: red topaz for Vader or green for Yoda, depending on whether your personal tastes run toward good or evil.