No doubt about it that David Oscarson’s pens are magnificent.  They’re made with rich metals and lacquers and exude value and status. 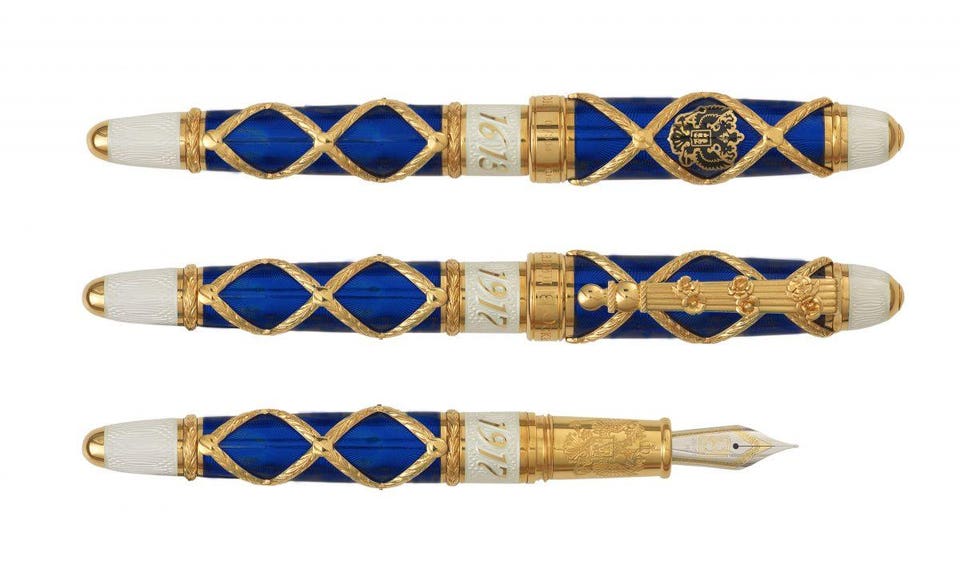 David Oscarson released his latest—his 28th, to be exact—pen collection, the Russian Imperial. This new limited edition, which made its debut earlier this month, honors the Romanov family, marking the 100th anniversary of their abdication from the throne.

Featuring many of the details for which David Oscarson writing instruments are known—like hot enamel and gorgeous guilloche—this newest series is produced in sterling silver in four color variations, each limited to an aggregate production of 304 pieces (rollerball and fountain pen). The cap and barrel features guilloche dressed in hot enamel and overlaid with an interlocking double-leaf décor designed to recall the 1896 Coronation Egg commemorating the 1896 crowning of Nicholas II….