The article focuses on a nice store in Ontario, Canada, but also references fountain pens has having been, “created in 1827 by Romanian inventor Petrache Poenaru”.  That’s a name I haven’t heard before.

From obsolescence to opulence, the fountain pen has rewritten its image in a digital world 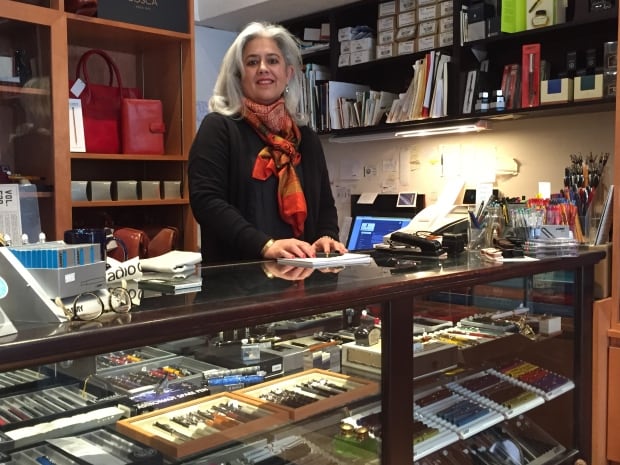 Mano Duggal and her husband Baldeep own Phidon Pens in downtown Cambridge, Ont. where pen aficionados can buy a writing instrument as cheap five dollars or as expensive as $3,500. (Colin Butler/CBC News)

Almost two centuries after it was created in 1827 by Romanian inventor Petrache Poenaru, the fountain pen is more popular than ever and it seems to be gaining new appreciation among younger generations for its retro charm.

“I see a resurgence of an age group of about 19 to 35, young students, young professionals coming into the store in awe of what we have here,” said Mano Duggal, who along with her husband Baldeep, owns Phidon Pens in downtown Cambridge.

Mano Duggal said her customers, who range from students, to labourers to doctors to judges, come for all walks of life, but they all have something in common.

In an age of email and instant communication, her customers want something slower, more personal and they believe that, much like the ink that flows through its nib, only the fountain pen can deliver.

“There’s a great pleasure they are not deriving out of just a computer,” Duggal said.